.22 Shorts have been the subject of confusion by many new rimfire shooters. What are these unique rimfire rounds? What are they good for? It turns out, they’re quite interesting – and useful!

These rounds are less common (like rat shot)to find than your typical 9mm or 5.56 cartridge, but if the are not available at your local firearms store, ordering them online is an easy options. The following retailers sell .22 Shorts and similar rimfire rounds:

Last December a friend dropped by in hopes of solving a chronic squirrel problem. The several bird feeders hanging from his deck and surrounding trees had become the main attraction for a horde of persistent squirrels. All efforts to dissuade them having failed, it was time for some squirrel hunting.

The solution that came to mind was a modern air rifle. Knowing I owned several, my friend was hoping to get the lowdown before investing in air power of his own. I broke out a .22 barrel-cocking “springer” along with a pre-charged pneumatic and its charging gear, but their costs were an eye opener for someone thinking “BB guns.” Read my article on .22 shorts vs .22 airguns for more information.

Shifting gears, with no close next-door neighbors and nothing but woods behind his house, I asked if he owned a .22 rifle. As it turned out, an older single-shot bolt-action was gathering dust in his bedroom closet. Bingo! Crisis solved.

The rifle was an iron-sighted Winchester Model 67 with a 27-inch barrel stamped “.22 Short, .22 Long, .22 Long Rifle” – a great rifle pick for quiet critter control. Low-velocity loads are available in all three cartridges, and in a longer barrel like the Winchester’s, the report can be nearly undetectable.

Still, the power is there to dispatch squirrels with careful shooting. There’s some irony in all of this, too. For the price of a box of .22 Shorts, my buddy actually gained a level of performance exceeding my highest-end .22 pre-charged air rifle – possibly with a quieter report!

Does this render an airgun moot? Not necessarily, but depending on circumstances, the right rimfire load could stand in for one.

Quiet Rimfire Options – Long and Short of It

Just about every shooter is familiar with the .22 Long Rifle, but the older .22 Long and .22 Short were extremely popular in their day. Even nowadays, both can be great picks if the objective is reduced power and noise. To explore their potential for this purpose, I chose versions of all three loads, the .22 LR serving as a baseline.

Introduced in 1884, the .22 LR is an evolution of the .22 Long. Today, a stunning assortment of .22 LR options are available from zippy high speeds to specialty quiet loads. For comparative purposes, I picked a “standard-velocity” offering; Federal’s Gold Medal Target 40-grain Solid (#711B).

With an advertised muzzle velocity (MV) of 1080 feet per second (fps), this load has much in common with quieter small game choices (like Remington’s.22 LR Subsonics).

The older 1871 “Long” combined the Short’s 29-grain bullet with a lengthened case to produce a MV of around 1040 fps, but the more potent .22 LR eventually relegated the Long to near-obsolete status. It lacks the oomph to cycle most semiautos but still fills a useful niche through ultra-quiet low-velocity loads – like 29-grain CB Longs (see below).

Dating to 1857, the .22 Short is America’s first metallic cartridge. This survivor still fires a 29-grain bullet at around 1000 fps (although high-speed loads exist). And like the .22 Long, a .22 Short can be safely fired in a .22 LR chamber as indicated by the Win M-67 and many other rifles and handguns.

The list includes repeaters, but the Short won’t cycle most semiautos – although they can be fired manually. Why bother? Because, in a rifle-length barrel, a standard-velocity Short becomes really quiet! I tested my old favorite: CCI’s 29-grainTarget Short (#0037), listed at 830 fps.

Fouling Caution: Firing .22 Shorts in a .22 LR chamber will produce an annular fouling ring which can interfere with chambering and extraction of the latter, raising the possibility of a live .22 LR round remaining in the chamber. The fix is easy though: Just brush the chamber out with some solvent before shooting .22 Longs or .22 LR loads.

The Conical Breech Cap is an evolution of the older BB Cap, so named because it used a pointed bullet instead of a lead ball. Today’s CBs are a full rung below the Short regarding both velocity and noise, although most use a 29-grain bullet. For quite a while CBs were loaded with .22 Short cases, however .22 Longs versions have appeared.

Advantages include improved feeding in some repeaters, and elimination of the .22 Short’s fouling ring. I tested CCI’s 29-grain CB Longs (#0038), listed with an MV of 710 fps.

The Bulleted Breech Cap appeared around 1845; the first true self-contained cartridge, created by parking a 6mm round ball atop a large percussion cap. This creation saw use in so-called “parlor guns” sold by Flobert. Today’s iteration is a 700-ish fps .22 BB Cap (18 grains), available off and on through RWS (still branded as 22/6mm Flobert).

They’re hard to find so I shot a similar load sold by Aguila; their 20-grain pointed Colibri, rated at 420 fps. Because it’s slow enough to lodge in some barrels, I only fired it in a lengthy pistol barrel, hoping to fully exploit its limited potential.

Advertised velocities are useful, but every rimfire is different, and shorter barrels can decrease the numbers substantially. Fortunately, velocity can be determined via a chronograph. Less tangible is another barrel-driven factor: noise! Thus, I chose .22s with disparate barrel lengths of 25”, 10”, and 3”.

Of the three loads tested – .22 LR, .22 Short, .22 CB Long – each is listed with its advertised MV. The comparative velocities are the result of five shots recorded at 15 feet, using a Competition Electronics chronograph. 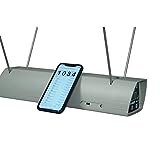 The velocities could be useful to guesstimate useful zero-ranges, possible through an online calculator like JBM’s.

This circa 1960 single-shot bolt-action has much in common with the Winchester M-67. I tricked it out a bit, but the barrel and action are unchanged. For this test, I zeroed it at 50 yards with Federal .22 LR 40-grain Gold Medal Target. The same center hold was used throughout. The photo will fill in details related to trajectory and accuracy.

Notes: Using .22 Shorts, the M-510 served as my pest rifle prior to the purchase of a pre-charged .22-caliber air rifle. Despite their similar velocities (a respectable 920 fps with 15.9-grain pellets), the 29-grain Short bullets boost penetration to a whole new level – which could be good or bad, depending on circumstances (see below).

I still use the M-510 with Shorts for larger pests and quiet backyard plinking out to around 65 yards. And, like the .22 PCP air rifle, I optimize its trajectory by sighting it in at 40 yards.

Besides serving as a quiet backyard stand-in for an air pistol with Shorts or CB Caps, I planned on stashing this simple bolt-action in my archery pack to pick off annoying red squirrels.

I slimmed the stock down, added a few other touches, and along the way, discovered it shoots Fed GMT .22 LR like gangbusters, fired here at 25 yards in deference to the slower Shorts and CBs (see photo).

Notes: The CBs were quiet enough on my outdoor range to be “neighbor friendly” (then again, my nearest is 100 yards away). The Short reports were obvious. The CBs were less obvious, but still louder than all of my airguns. As a plus, all three loads (along with CCI’s .22LR “Quiets”) shot to the same place at 25 yards. I didn’t touch the sight, which was zeroed at 50 yards with .22 LR Fed GMTs. With a sling tightened around my neck and set of shooting sticks, it’s a ringer!

Notes: The M-63’s barrel/cylinder gap accounts for some of the noise, but in my experience, the Shorts and CBs produce obvious reports in 6-inch semiauto pistols. On a positive note, the above loads shot to the same place at 15 yards. The 5-shot groups struck a tad high and averaged around 1 ½-inches. Considering their obvious reports, I’ll stick with .22 LR for this small revolver.

Most .22 LR loads will reach maximum velocity in an 18 ½” barrel – a length familiar to millions of semiauto Ruger 10/22 owners. Shorts and CBs use less powder, a reason they fared well in the 10 ½” barrel. But, beyond their inability to cycle semiautos, any .22 cartridge is a pain to load manually through its ejection port.

No worries though, thanks to CCI’s 40-grain .22 LR Quiets (#960), again, rated 710 fps. Because they’re externally identical Quiets will feed through.22 LR magazines, although semi-auto rifles and pistols will require manual cycling.

Trajectory Note: As range increases, the above loads will strike below .22 LR impacts, but compensation is sometimes possible without a zero change. See my article on bullet drop compensation for more information.

A standard .22-caliber airgun pellet weighs around 14.3 grains, only 50% of a 29-grain .22 Short. If both projectiles are fired at similar velocities, the dense bullets will be much more likely to ricochet than a hollow pellet. And, as noted above, the solid 29-grain bullets will also take penetration to a whole new level.

They’ll travel much further, too, as will the 40-grain CCI Quiets! That’s why I switch to an airgun for pigeon control. Picking them off rooftops in proximity to farmhands and cattle is a whole lot safer (and less destructive) with pellets. But backstops are still important. Treat all of these loads with the same respect due any .22 LR discharge!

Some folks shoot low-powered rimfire cartridges in the shooting range in their basement. A commercial steel bullet trap will stop them but lead toxicity is a legitimate worry. Factoring in contaminants and containment, the safer bet by far is an airgun. The specialty .22 loads cost more than airgun pellets anyway (as well as common .22 LR cartridges).

Handgun-length barrels give up speed, but the more obvious effect is noise. Thus, if the report is a concern, the logical compromise becomes a .22 CB Cap.

If using a rifle, unless the absolute minimum power was necessary, I’d shoot a standard-velocity .22 Short. That’s what my friend did (he stopped by again last week for an after-action report). Shooting out his kitchen window, the squirrel situation was resolved. Meanwhile, he says his neighbors are wondering where they went.

If power is the lesser concern, CCI’s .22 LR Quiets are another great choice. However, my buddy was out of luck due to his 27” barrel. CCI warns to use Quiets in barrels not exceeding 24-inches (just a guessing, the longer 40-grain bullet might generate enough friction to lodge itself in a longer bore).

The right air rifle can be another great choice. But, as much as I enjoy mine, when a big ‘ol porcupine appeared an apple tree, the welfare of my orchard and dog were safely preserved through an inexpensive Short – surgically delivered from a basic single-shot .22 rimfire rifle.

How to Store Water in Your Vehicle Like a Prepper

Thanks for the great article. I hoarded 22 short back when we had the first ammo crunch and 22lr were almost non existent. Works great in my Henry and allows the kids to keep training. Dad as well.

I live in a neighborhood in the city limits and it is illegal to shoot a .22. I have a nice pellet rifle that can dispatch
the little little furry critters that are always hanging on my bird feeder and spilling all the seed.