How to Build a Bucket Faraday Cage in 5 Steps

The bulk of modern society doesn’t seem to understand that the threat of an electromagnetic pulse is a very real threat. Never before in human history have we possessed a weapon that can virtually annihilate a country within the span of a year just with one press of the button.

Now we do. So you might want to build your own super simple bucket Faraday cage.

Sure, one could argue that there’s been the threat of nuclear annihilation since the 1940s, but that requires many nukes to be rained down on a country. An EMP only requires one – and it doesn’t even have to be a nuke. There are now specialized weapons which are designed for nothing other than the ability to put an EMP over an enemy country.

And think about what this means.

If there had been an EMP attack on American soil in the midst of The Cold War, would it have had anywhere near as drastic of an effect on us as it would today? During the 1960s, consider the following:

All of this combined means that there wouldn’t have been anywhere near the level of devastation from an EMP 50 years ago as there would be today. Other than a lack of gas and annoyances with traffic lights, people wouldn’t have near as big of threat of having to take The Long Walk Home.

Now though – now, things are different. Consider the following:

You may not think that unity matters but consider how much easier it becomes to fracture when there is massive infighting within a country. You may do ok in a disaster when everyone got along with each other beforehand, but how are you going to fare post-disaster in a world where your neighbors already hate you because of your politics?

When the threat of legal repercussion disappears, violence increases. Are you ready for that?

Who would stand a better chance against an electromagnetic pulse? Your grandparents when they were living during their prime, or your family, with their addiction to social media, seeming aversion to going outdoors, and lack of knowledge of basic survival skills?

How Does a Bucket Faraday Cage Work?

There’s a lot we could go into here with this, but let’s stick with the basics. When an EMP strikes, it won’t be able to get around the defenses of a Faraday cage.

Think of a faraday cage as a castle. The attackers can stand all around it shooting off arrows, but they only affect the outside stones of the castle. Anyone inside the castle walls are never at threat. The outer wall of the castle protects them.

Here, the electromagnetic pulse is the incoming arrows. The Faraday cage is the castle. The EMP will smack into the outer “defenses” of the Faraday cage, and that’s as far as they’ll go. The electrical equipment inside is safe.

If you want to read more of the hard-core physics of the matter – a class I came very close to failing (I needed more castle analogies!) – then I recommend checking out the below video:

How to Make Your Own Bucket Faraday Cage

If you’re looking at protecting some vital electronics for your family (and I think this is a very good idea), this is the best way I’ve found of building your own bucket Faraday cage without a major expense.

There are commercially available options out there as well, of course. Mission Darkness specializes in selling products like these.

But if you’re looking to get yourself a kit together for under $50, this will serve you far better. This is how you do it.

I bought a basic, steel, small trashcan from Tractor Supply. I didn’t want a massive, full-sized trashcan just hanging around in my house, nor did I have the amount of gear to fill it up. The little guy will store what I need.

2 – Line the Trashcan with Corrugated Cardboard

I took two boxes, cut them up with a knife, and arranged them inside the trashcan so that as much of the can was covered as possible. Don’t worry if you don’t have 100% of the innards hidden behind a piece of cardboard. That will be fixed with spray foam.

This is not that different from protecting a computer from an EMP where the paper bag acts as the insulating layer.

Put enough cardboard on the bottom of the can. I’ve got four layers here. That’s probably a bit of overkill, but it adds some base cushion when the can is moved around.

Step 3: Spray Foam All Gaps Between the Can and Cardboard

The goal here is simply to make sure that you aren’t going to have any of your electronics inside of the can accidentally touch the metal edge of the can. You want as much of a buffer, and as much of an insulation against that as possible. 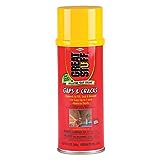 Just keep in mind that this stuff expands as it dries (non-expanding is also available). Put in just enough to fill all the gaps and then let it do its job. If you go spray foam crazy, you very well may end up with the Great Stuff compressing your cavity into a small space.

If you think there’s a risk that any of your electronics could inadvertently touch the top of the can as well, then you should add some form of insulation there. Maybe you duct tape a piece of cardboard to the top of the lid. Maybe you just put an old T-shirt, beach towel, or some other type of non-conductive surface between the electronics and the lid.

I picked up a Baofeng UV-5R ham radio and a Retekess V115 shortwave radio to put in my bucket Faraday cage. The Baofeng will give you some means of local comms ability while the V115 will give you long-distance information.

Given the space/money, a scanner and a bucketload more UV-5Rs would be thrown into the bucket faraday cage. Prep with your budget.

Gear you may want to store in a Faraday cage:

Step 5: Wrap the Seam of the Lid/Can with HVAC Tape

While the lid is a pretty tight fit on my bucket, to add an extra layer of insurance to the whole kit, wrap it 2-3 times around the seam of the bucket Faraday cage and lid with your HVAC tape. This tape is sticky on one side and metallic on the other. 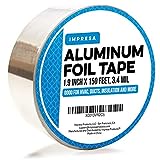 Other Thoughts on Fighting the Final Pulse

This small trashcan can easily tuck away inside a closet or atop a basement shelf somewhere. All you have to do now is keep the can from being beat up. In the even of an EMP, open up the can and you should have a collection of electronics that still function regardless of how bad the blast was (or how many).

If you plan to be constantly putting electronics in and taking them out, this bucket Faraday cage may not be best suited to that as you’ll be working the tape constantly. Consider an EMP-proof duffle bag or some similar product from Mission Darkness.

You may also want to consider building more than one bucket Faraday cage as well. There is speculation that after launching an EMP, an aggressor nation could then launch a second EMP several months post-pulse to destroy any backup electronics which have been pulled out of storage and still work.

This truly is an easy DIY project that will take you all of an hour to complete. That’s not a lot of investment at all for something that could easily have a huge payout after an EMP.

I imagine that a post-EMP world will be no different. Will you really wish you had taken the hour and spent the $100 to put together a very basic bucket Faraday cage ($50 in radios and about $50 in supplies for this particular kit)? Or will you be content in the knowledge that you did everything you could do? The choice is yours.

Not satisfied with a simple bucket? You can take additional steps to protect your home from an EMP.

Still not convinced of the EMP threat? Read the EMP Commission report and you will be!

Report of the Commission to Assess the Threat to the United States from Electromagnetic Pulse (EMP) Attack
$7.99
Buy on Amazon
previous post

Everything You Need in a Vehicle Survival Kit