How to Send Bitcoin Over Ham Radio

If you’ve been delving into the world of Bitcoin long enough, you’ve realized that there is more than one way to send Bitcoin from one individual to another. You can send crypto via soft wallets, hard wallets, and through exchanges. Did you know you can also send Bitcoin over ham radio?

To send Bitcoin (or any cryptocurrency) over ham radio you need to download the apps TxTenna and Samourai wallet, sync your phone with a goTenna mesh device, and then you’ll be set up to send and receive Bitcoin via a mesh network without any internet, phone service, or any other third parties.

Most preppers still scoff at cryptocurrencies as a means of building and holding wealth, however. I understand why. You can’t eat it. You can’t hold it. However, there are reasons it should be considered.

In many nations, Bitcoin has become a means of working around government sanctions. In other nations, it’s been a way for citizens to hide their wealth from oppressive regimes. In other words, Bitcoin and cryptocurrencies give you an alternate means of holding and transferring wealth. Bitcoin can also survive an EMP!

You might even find Bitcoin is better than gold.

Bitcoin Over Ham Radio Has Been Done Before

All you need to successfully transfer Bitcoin, or any cryptocurrency, is to know the public keys of the intended recipient. If you have that, you can use amateur radio to send money. No internet needed!

Keep in mind though, sending Bitcoin via ham radio is very much still in its infancy. It’s been done, but it can be a labor-intensive process. The technology is still new, and not super user-friendly.

For example, we’ve seen a New Zealand man send Bitcoin via radio wave over roughly 8 miles. He used nothing more than a disconnected Android phone and a series of four portable antennas he set up as a relay system.

If you have other people nearby who have already set up antennas that can be used as something of a mesh network, this becomes a much simpler process.

To my mind, this would be the most secure means of sending Bitcoin over ham radio that I can think of – over a short distance (there’s less ears listening to what you’re saying that way).

We’ve seen others send Bitcoin even longer distances successfully, however. Transactions from Canada to San Francisco and Canada to Michigan have also taken place in the past (both with the 40m ham band if I understand correctly).

For that very first international radio wave Bitcoin transaction (a truly historic moment), the recipient was using nothing other than a software-defined radio, or SDR for short. You can easily get started with SDR for all of $50 on Amazon with the RTL-SDR. You won’t be able to send broadcasts with the RTL-SDR, mind you, but you will be able to receive.

The very first international radio Bitcoin transaction utilized a ham radio software called JS8call and a 7MHz antenna – all very basic radio gear. That was it. Nothing fancy was necessary. 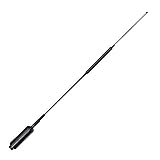 From my understanding of how this first transaction worked, a crypto brain wallet was used… or maybe they just had the necessary information written down.

Because this technology is still relatively new, there are dangers associated with this method of sending cryptocurrencies over ham radio. It’s not uncommon for something to go wrong in normal transfers, so always send a small sum of money as a “test” transfer before sending larger sums.

Encryption is an Issue

Within the US, the FCC has declared that encryption is illegal while on amateur radio waves. So, your transfer is open to being heard.

We’ll likely see some court cases in the world over this in the near future, and given that Bitcoin is a direct competitor to government fiat money, I don’t think you’ll see the Bitcoin users win, regardless of logic.

You’re going to need a ham radio license to use this for long range contacts (to stay within the law anyway). By doing so, you really destroy much of the anonymity you may have bought Bitcoin for in the first place.

“Hey, everybody! This is Jake! I live here at this address! I’m sending Bitcoin!”

If you’re not supposed to have Bitcoin in the first place in your country, this is an issue. You could technically send Bitcoin via FRS frequencies – which don’t require licensure – but given that the effective range of these is probably a mile for you, you may as well just meet the individual in person to perform the transaction in this case.

Another potential problem here is that of unintended parties listening to your dialogue. There are ways to mitigate this, to be sure, but you still have other people hearing about a Bitcoin transaction taking place. The way the US-Canada Bitcoin transaction worked – with a pre-conceived brain wallet – doesn’t seem like a foolproof means of sending Bitcoin to me.

If somebody else were to hear the wallet seed phrase information, they could then access the wallet.

Right now, I would waiting to see how the Bitcoin and ham radio sequence unfolds. Given some form of apocalyptic event, sure, having that knowledge of how to send Bitcoin over radio could most certainly prove beneficial and you’re not likely to have to worry about any regulations/laws in such a world.

That said, if you want to experiment, it could be fun to try sending a small sum of cryptocurrency via airwaves, just make sure you’re not sharing secret seed phrases.

If you are looking at sending Bitcoin via radio wave at the moment, I would recommend setting up a GoTenna and Samourai Wallet. Tell others about it and get them to buy the goTenna. 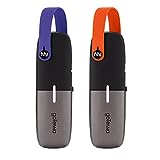 All that would be required is that you are within range of another node (or series of nodes) to bounce your transaction to the intended recipient. This results in a fully encrypted means of sending your Bitcoin over ham radio wave without anybody else ever knowing about it.

As far as I know, this is the most secure way of doing so via radio frequency at the moment.

So is it possible to send Bitcoin via radio wave? Absolutely. We’ve seen a handful of people do it already.

Is it the most secure transaction in the world? Is it legal? Ehhh, that’s where things are kind of hard to pin down.

However, I would most certainly stay tuned to this story as it unfolds, because there is a lot of potential here for the prepper.