Montana Preppers – What You Need to Know

NOTE: Do you live in Montana? You know your state, so let us know in the comments section how this article can be improved. What did we miss? What did we get right?

Nicknamed the “Treasure State,” Montana is home to an amazing landscape. Due to the state’s heavy snowfall, there are various skiing and snowboarding resorts throughout the state. Resorts like Ashland, Big Sky, and Anaconda facilitate Montana’s fastest-growing industry, tourism. Millions of tourists visit Yellowstone National Park, Sky Resort, and Beartooth Highway annually.

Another unique concern in Montana are the nuclear weapons stored there. If a largescale war were to break out between the United States and another nuclear power, Montana would surely be targeted in initial strikes. While this would be cataclysmic for the world, it could be survivable for the residents of Montana provided they didn’t locate themselves near any military sites.

Anyone with ambition and a little knowhow can live off the land in Montana. The state is overrun with arable land, fish, and wild game. However, it also has a long and rugged winter. Therefore, in order to survive the winter in Montana, the summer must be filled with preparation for the coming challenges. Firewood, farming, and gathering fish and game should be the top priorities for those living through a Montana summer.

Water is also plentiful throughout much of Montana. Due to the heavy snowfall that the mountains receives, western Montana does not have much to worry about in terms of water. However, if you find yourself on the eastern part of the state, water becomes a greater concern. Though it is not scarce as of right now, the stage is set for disaster if a major drought were to strike the state. Those that live on this side of the state should bear this possibility in mind.

The natural disasters that Montana experiences are wildfires, winter storms, floods, extreme heat and droughts, severe storms, landslides, earthquakes, and tornadoes. Due to the state’s sparse population and aptitude for dealing with them, wildfires generally don’t produce a high body count or run up a large property damage bill. However, if you are new to the state you need to pay special attention to the cataclysmic fires the state has every summer. Ensuring you are prepared to bug out and your home is hardened against a fire is critical for survival in this state.

1) The Smith Mining Disaster (1943) – There have been many mining accidents that happen in the mountains of Montana. However, one is especially notable due to the absurd body count that it managed to achieve. A buildup of methane gas led to an explosion here that killed 74 out of the 77 miners 7000 feet down into the earth. This mining disaster resulted in the mine to be closed permanently and the towns people to be relocated elsewhere.

2) The 1964 Flood – After untold amounts of rain fell on the Rocky Mountains, 8,700 people had to be evacuated from rural mountain towns all over western America. In Montana, the same weather patters flooded a Blackfoot Indian Reservation and wrecked havoc. A total of 31 people ended up dying, mostly children, after floodwaters engulfed the reservation.

3) The 2022 Flood– This left Yellowstone National Park isolated for months. Though the state is known for floods, this one was of epic proportions. As time goes on, anyone prepping here will have to keep this in mind.

4) The 1959 Earthquake– A quake that still shakes people when they remember it, the 1959 earthquake registered 7.2 on the Richter scale and killed dozens. As a result, Earthquake Lake was created.

5) The 1935 Earthquake– Helena sat at the epicenter of this 6.2 level earthquake. As a result the town was all but leveled and stands as a reminder of how deadly much of Montana earthquakes are.

Self Reliance is King

Even if you are in a place like Bozeman, Helena, or Big Sky, there is a degree of self reliance that Montana demands of all its residents. In a SHTF situation, this will be even more true. It is essential that Montana preppers learn how to source their own food, water, power, and communication before the day of disaster comes.

Luckily, resources are plentiful thanks to the internet and local residents of Montana. Lean on them and begin building your home so that you don’t need anything from the outside world to survive.

Montanans are a special type of people. When SHTF they are an asset to themselves, each other, and you. Therefore, take the time to get to know your neighbor. When times gets hard they are the ones that will be there for trade, help, and build a community with. They are rugged and survival oriented.

Winters in Montana can be exceptionally brutal depending on where you live in the state. The best time to start preparing for winter is at the end of the last winter. Making sure you have enough wood and food are essential to making it through a Montana winter with no issues. Don’t wait until your power goes out, the grocery store runs dry, and everything is covered in ice and snow to start getting ready.

One of the most important pieces of equipment for any prepper planning to bug out is to have decent maps of their state. Having an identified bug out location is crucial. All preppers in any state should begin their bug out plans with a paper map of their state. Nothing is better for all-purpose use than the DeLorme Atlas and Gazetteer.

Your vehicle is your home if you are bugging out. Making sure that it is ready to go at a moments notice is absolutely critical. Equip it with everything you would need to camp for days on end. Keep no less than 3 days of supplies onboard at all times. Having fire starting items, a camp stove, and basic handtools are essentials if you are having to cross the Montana wilderness on forest roads or snowed over highways. It is advisable to also equip it with a mobile ham and NOAA radio, snow chains, and a winch. 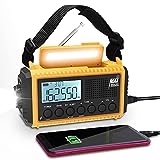 There is no preparation time when SHTF. The physical, mental, and spiritual shape that you are in on the day of a disaster is the state you will have to fight for your life in. Don’t be out of shape, unaware, or with glaring mental health problems because there is no one coming to rescue you.

If you are bugging out in Montana, any weakness you have will be magnified by the stress of constant movement, lack of food, and the gnawing anxiety that will then cloud your future. The time to get into fighting shape is now.

When cutting across Montana wilderness, remember that you are not the top of the food chain. Most places in the United States were rid of apex predators over a century ago. However, in Montana, wolves, cougars, and bears are in abundant supply and regularly run into humans. It is critical that you separate where you keep your food from where you sleep everyday. It is also important to know how to respond to animals when you encounter them.

This article just scratches the surface of what Montana preppers need to know. The following links could held educate you more on prepping in the state.

Montana Preppers Retreat – Regularly updated with prepping news and how to articles.

Bug Out Montana Survival Center – School that offers courses that are tailored to surviving in Montana.

“Montana seems to be a relatively disaster-free place.”

As a native Montanan, nothing is further from the truth. Winter can bring serious blizzards and subzero temperatures that can literally freeze any exposed skin in minutes. Parts of the state in recent winters were buried under tens of feet of snow.

You overlooked the seismic hazards of the state. The Madison Earthquake in 1959 created Earthquake lake and killed dozens. 1935 quakes in the Helena area devastated the town. The western half of the state is earthquake country – part of the Intermountain Earthquake zone.

Leave Yellowstone out of this it always seems to be trotted out as some major threat. As a retired geologist the threat of a super eruption is very, very low. Low enough not to merit preparations for.

Thank you for this. We’ll update the article to reflect this. As you probably figured out, these state-specific articles are a work in progress. Getting folks like you to chime in is helpful.