Will an EMF Hat Actually Protect Your Brain?

Electric and magnetic fields (EMFs) are types of energy (also called radiation) that surround us when we are near electrical power. People have serious health concerns about EMF, to the point that some buy an EMF hat to protect their heads from these invisible – but very real – fields of energy.

But do these hats actually work? Will they protect your brain?

Based on my testing, I found an EMF hat successfully blocked EMFs. However, there’s more to the story.

Let’s start from the beginning.

Is EMF Protection Even Necessary?

There are two categories of EMFs, non-ionizing and ionizing. Non-ionizing is – generally – considered by most to be safe for human exposure. The ionizing type is more serious, potentially causing cellular and DNA damage.

Still, people have concerns about exposure of either type because of what EMFs do to the body. These external fields of energy induce small currents within the body which heats body tissues.

According to the World Health Organization (WHO):

Despite extensive research, to date there is no evidence to conclude that exposure to low level electromagnetic fields is harmful to human health.

However, Healthline notes that the International Agency for Research on Cancer (which ironically operates under the WHO) concluded that there could be some risk. This risk prompted them to classify non-ionizing EMFs as a possible human carcinogen. Their report emphasized that there needs to be more study done, particularly around cell phone use and the risk of cancer.

Health concerns around EMF exposure grow louder when it involves pregnant women. There have been reports of EMFs being associated with premature birth and low birth weight in the children born of women working in the electronics industry. Whether those incidences were related to EMFs or other factors in the industry, such as solvents, is debated.

However, one study has found that “higher-than-ever levels of maternal exposure to electromagnetic fields could be linked to offspring speech problems.”

Infants, due to their size and developing bodies, are more susceptible to external influences than adults. This prompts one to ask again, if EMF exposure is bad for some in certain circumstances, can it ever been deemed safe for all?

At risk of stating the obvious, the farther away you are from a large source of EMF, the safer you are from it. Naturally, people living in a rural off-grid home will be safer from EMF (and many other things) than someone living in the city next to an electrical power plant.

Likewise, heavy cellphone users are going to have more EMF exposure next to their heads than someone who relies on a landline at home. (Do people still do that?)

Your level of exposure to EMFs may help inform whether you should take steps to protect yourself from them or not. One way to find your exposure level is to use an EMF meter. These will measure the EMF levels around you. 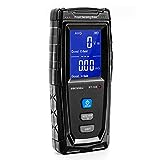 Once you have your EMF levels, how do you know whether they’re safe levels or not? The United Kingdom keeps a database of different countries’ EMF limits. That should serve as a guide of some type.

Interesting to note, the United States does not have federal EMF limits. However, some states have enacted their own limits. Those can be found here.

I haven’t given you a clear answer on whether EMFs are bad for you or not. That’s because while the scientific community generally thinks we’re safe, questions and concerns remain. No one knows for sure.

You need to answer that question for yourself, but if you’re reading this article, it’s likely that you have some level of concern. And what better way to address those concerns than buying a hat designed to protect your brain from EMFs?

An EMF hat is the first, most obvious place you would start if you want Faraday clothing to protect your body (a Faraday cage protects from EMFs, hence the phrase “Faraday clothing”). Your brain is your most critical organ, and the fact that so many people put cell phones next to their heads all day long means exposure is higher here.

The exception might be protecting a pregnant woman’s womb, but more on that in a bit.

I received the “EMF Blackout Hat” from Mission Darkness.

The discreetness of the hat is what attracted me to it in the first place. Years ago I wrote a tongue-in-cheek post on making a tinfoil hat. Well, the EMF Blackout Hat accomplishes the same thing without having to literally wrap your head in actual aluminum foil.

Shop Mission Darkness and use coupon code “SHTFBLOG” for 5% off.

I, and other writers here, have reviewed this company’s products before, notably their Faraday utility bag and phone sleeve. I also featured their laptop sleeve in my article on protecting a computer from an EMP.

While the discreet protection in this hat is nice, what surprised me was the actual construction of the hat itself. Family members gave a collective “that’s a nice looking hat” response when I unboxed it, before they even knew what it does. Indeed, the hat, while priced much higher than a traditional baseball hat, is well-built and looks good.

Testing the hat for its effectiveness at blocking EMFs is both easy and challenging. Easy because the hat comes with a “testing sleeve” made from the same TitanRF Flex Faraday Fabric that lines the hat. You can put your phone in the sleeve and see if it blocks signals. Difficult because there’s no real way to test exactly how much EMF exposure is getting to your brain through the unprotected areas around your head.

Regardless, we can certainly test how well the the TitanRF fabric blocks signals. There are two ways to do this: 1) download the free Mission Darkness testing app and use the testing sleeve, or 2) just slide your phone in the sleeve and try calling it. I did both.

I downloaded the Mission Darkness app for my iPhone, but it’s also available for Android.

Once you have the app installed, you first run the test on your phone outside the sleeve to make sure it is functioning properly. It app tests WiFi signals by default. To test the cell signal, you simply turn the WiFi off and re-run the test.

Below you can see my screenshots of the test results when I ran it with the phone sitting in my hand. I received a cell and WiFi signal, which resulted in proper “fail” results, because no signals were blocked as the phone was outside the Faraday sleeve.

Testing the phone inside the Faraday sleeve was a bit more challenging. The instructions say to put the phone in the sleeve, cinch it tight, and run the test. You can see through the sleeve, so hitting “run test” should be easy.

The test worked fine on the cell signal. I started and stopped it while the phone was in the bag. The results, first picture below on the left, indicated that all cell signals were successfully blocked. It worked!

However, the app went a little wonky when I tried to run the Wi-Fi test. I couldn’t get the “run test” button to function while touching it through the Faraday sleeve.

I had to start the WiFi test with the phone outside the sleeve, then place it in the Faraday sleeve, let it continue running, and then take it out to stop it.

So, if you look at the picture below on the right, you’ll see the signal was detected at first (after I hit go but before I put it in the bag). Then there’s a gap of no detection while the test was running on the phone inside the sleeve. Then the signal picked up again when I pulled the phone out to turn the test off. Translation – It worked!

There’s no question that the Faraday fabric blocks EMFs. The question remains whether the hat offers sufficient protection given that it doesn’t cover your entire head.

Mission Darkness notes this themselves, stating:

To effectively block signals like cell and Wi-Fi, a fully enclosed Faraday cage is required. This means you would need to COMPLETELY cover your body with fabric, with no openings, to block these signals from reaching you.

Of course, completely covering yourself in Faraday fabric is entirely impractical in every way. The next best thing is at least cover vital areas (your head and a pregnant woman’s womb).

In retrospect, I wonder if I should have gone for the EMF Beanie Blackout hat instead. I live in Maine, after all. Winter hats are used during three seasons, and some even wear them in summer for style purposes alone.

It looks good, and protection-wise, it is probably better than the baseball cap. Why? More material.

Maybe what I really need to do is have one of each hat! Baseball cap for summer and beanie for winter.

Do You Need Faraday Clothing?

The market for “faraday clothing” is still in development. There are not a lot of clothing options available to the consumer, but the fact that products exist reflects some level of consumer demand.

The clothing you can find for sale resembles the silvery lining of the Mission Darkness hat, appearing more like mythical attire than street clothes. It reminds me a lot of the mithril armored shirt that Bilbo Baggins gave Frodo in Lord of the Rings.

You can find anti-radiation/EMF protection t-shirts on Amazon, mostly V-neck t-shirts for men and women designed to add protect your vital organs.

The biggest selection of Faraday clothes is actually designed for pregnant women, which makes sense. You can find maternity clothes from a floral lace camisole to maternity underwear.

Mission Darkness also sells EMF-protecting blankets that women (or anyone) can wear over them while in bed at night or relaxing on the couch. Talk about protection!

Whether EMF exposure is a serious health concern or not depends a lot on your level of exposure, but where that line is drawn is still open to debate. Some people will likely be more sensitive to EMFs than others, which is the same with all things.

If you have concerns, an EMF hat will offer protection, there’s no question about that. Whether that protection will have a positive impact on your health or not – you’ll have to decide that for yourself.